The Importance Of Your Vote 2020 * Full Bonus Episode* 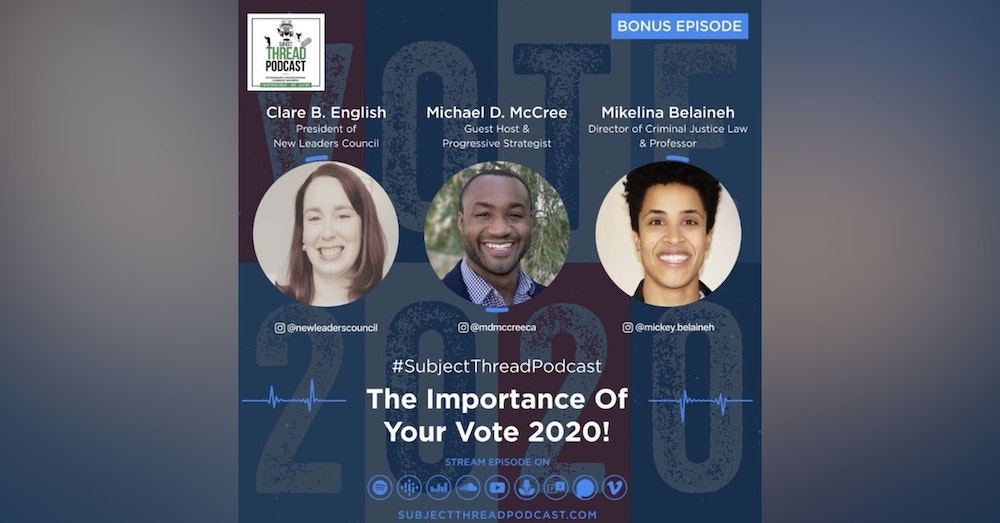 The importance of the vote is something that in the past millennials and generation Xers have often taken lightly hence the 2016 Presidential election about 19% of those between the ages of 18-35 actually voted.  This year is definitely a different sentiment. With racial issues, economic issues, and the pandemic which is also a major issue, Those who normally wouldn't have voted in the past are definitely changing to that notion.  This is the most important election of our lifetime. This election cannot be taken lightly for vast reasons. It's not about Democrat or Republican its about human rights, minority rights, women's rights,  the preservation of healthcare for over 20 million Americans, LGBTQ rights, the rights to religious freedoms, and for the first time on a larger scale never in history has our democracy been challenged until now.

The very fabric of America was built on principals that do not speak to the language of black, brown, and minority groups, hence the constitution. For those who think "We shouldn't vote it doesn't make a difference", The rebuttal should always be, why Is voter suppression so real if your vote or voice didn't matter.

Subject Thread Podcast believes in the importance of your vote. It's not just about the presidential election its about the local, state, and federal levels as well. The politicians that work behind the scenes and sometimes don't get the recognition in which they deserve.

In this bonus episode, we host a special panel with ProfessorMikelina Yonas Belaineh , Clare Bresnahan President of New Leaders Council, and Gov. Board & 2020 of NLC LA guest host Michael Deegan-McCree we unpack voting topics at a vast and relatable way to all walks of life.