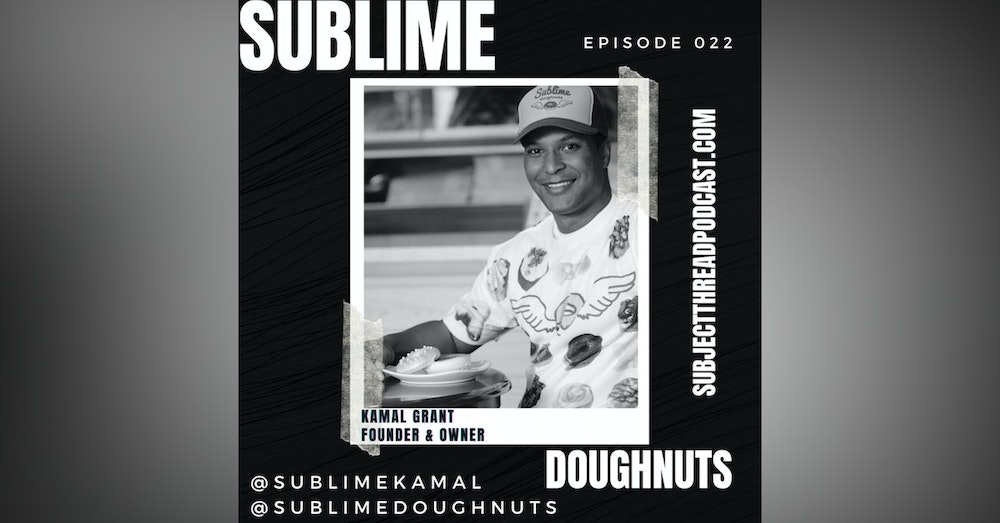 Founder Kamal Grant, of Sublime Doughnuts, had a dream of all dreams to put a footprint in the donut industry in the capital of the south Atlanta, Georgia. Kamal started dreaming of owning his own donut shop in Highschool and joined the Navy right after graduation. The Navy was his first stage to show off his skills as a baker on a large scale, it gave him ideas, patterns, innovation, and combinations of flavors which would be his future pallet for Sublime Doughnuts.

Sublime was birthed in 2008 with a prime real estate location in Tech Plaza and another location soon to follow in Briarcliff both locations have seen massive growth in Atlanta from an economic and population standpoint. According to Curbed Atlanta is the 4th fastest growing city in the United States.

The Atlanta of 2008 is not the Atlanta of 2020 so it had to have taken a level of vision and faith to be able to foresee some of the growth that has taken place with Sublime Doughnuts.

During his conversation with Subject Thread Podcast, Kamal spoke about what Atlanta means to entrepreneurs of color, how he got started in the food industry, The Sublime experience overseas, expansion ideas and he even rapped a few bars of one of his favorite hip-hop groups OutKast.