"THEY'RE TRYING TO KILL US" with Bad Ass Vegan Episode 13 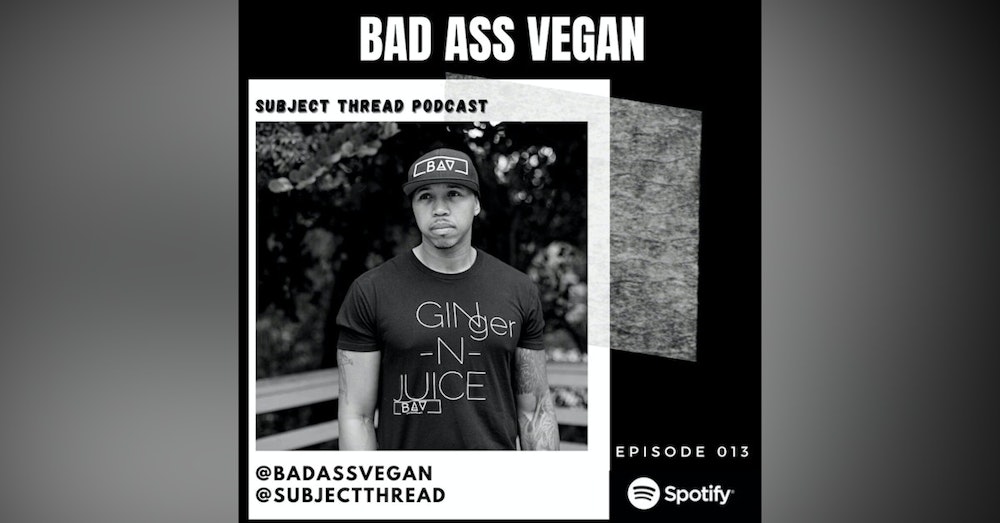 John Lewis aka Bad Ass Vegan has made ripples in the fitness world. Having invested over two decades in this industry, it can be easily said that he feels extremely passionate about health and fitness. His love for fitness extends to the point that he has also played Division 1 College Basketball.

John now helps people who want to make a healthier change in their life by imparting his knowledge and fixation about health and fitness through public speaking, social media, and engagements.

Bad Ass Vegan has decided to become boundless in getting his message across and is working on a feature-length documentary that revolves around food and social justice, called "THEY'RE TRYING TO KILL US" He is working on this project with the Keegan Kuhn maker of “What the Health”.  The film centers around health disparities amongst people of color, disease, poverty, and systemic racism. The film also features important staples in the Entertainment culture such as Neyo, John Salley, Raury, Mya, Dame Dash, and more.

While talking to Subject Thread Podcast, John Lewis shared advice as to how to switch to a vegan lifestyle and talked about how his mother’s illness and her sufferings due to colon cancer is what drew him towards adapting veganism and Omad lifestyle.

John has been a part of music videos, TV shows, and fitness magazines and uses these platforms to highlight the importance of leading a healthy lifestyle.