Pushing Through Adversity With Entrepreneur and Philanthropist Ron Faison EP 024 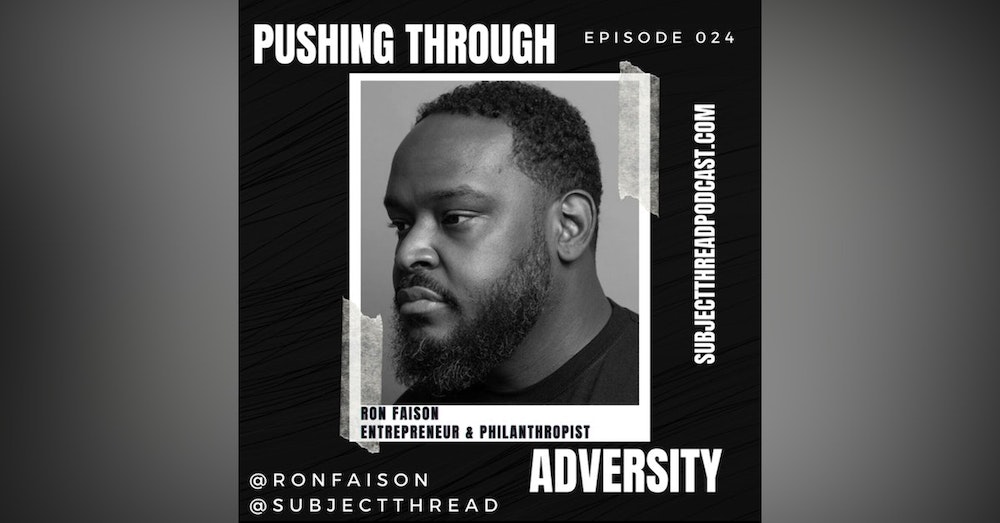 The adversity of life has always been a thing it seems when we put things in perspective. Some of us appreciate the culture on a large scale the art culture and gravitate to the talents that the most high has allotted to each of us no matter the circumstances and that’s what Mr. Faison affectionately known as Ron Faison has managed to achieve for decades now and simultaneously while going through some of the most difficult times of his life.

Ron started out playing the keyboard at a young age which migrated into the entertainment industry out of Jersey he was exposed to the music business at a larger scale going on tour with hip hop pioneer DJ Kid Capri in which he learned valuable lessons that formed his greater knowledge for entrepreneurship, publishing, events and promoting within the entertainment umbrella. Ron has worked with Sevyn Streeter, K. Michelle, The Diplomats, Yandy Smith just to name a few he has an extensive resume.

Ron is a serial philanthropist having formed the #TeamFaison brand which strives to educate and bring healthy options with annual events in the park emphasizing the need to exercise,  marathon walks, and donation drives for various causes.

In his conversation with Subject Thread Podcast, Ron spoke about the misconceptions of dealing with his illnesses diabetes and cancer, his questions to God, his work in the music industry, #TeamFaison, fatherhood,  and his new project The Hue Crew.