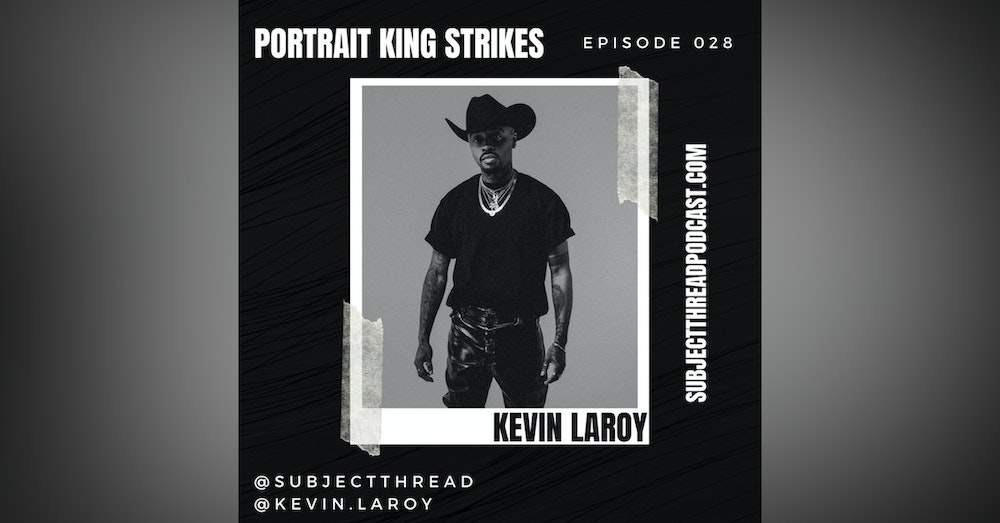 Fashion. Tattoos and Style exude Kevin Laroy. With his, God-speed impeccable eyesight, and attention to detail his gift for portraits is undying, I don’t see him slowing up any time soon. Kevin is an amazing creature, a gentle soul which is not often showcased to appease his public persona his artistic and gentle side was captured in the exclusive with Subject Thread Podcast.

Dubbed the portrait king, Kevin has been a tattoo artist for 15 years and is renowned all around the world for his seamless and impeccable tattoos. He is best known for his extremely true to life and unparalleled photo-realistic portraits.

Raised in Dallas, Migrated to NYC, and finally landing in Los Angeles Kevin’s first steps towards becoming an artist was when he would tattoo in his mentor’s garage in Dallas. Kevin has always gravitated to the arts and fashion world from youth.

Other than being a tattoo artist with stunning and flawless work each and every time Kevin is a fashion forerunner and has also ventured into the television world. He has appeared in numerous television shows including How Far is Tattoo Far, Ink Master, and Black Ink Crew: New York.

Kevin also recently collaborated on an exclusive URBN WTR Artist Collection which was immediately sold out.

During the conversation, Kevin spoke about entrepreneurship and the importance of structure, tattoo mastering classes in the future, fashion, brand collaborations, taboo subjects in the black community such as sexuality, and his love for the 90s especially rap icon Lil Kim.