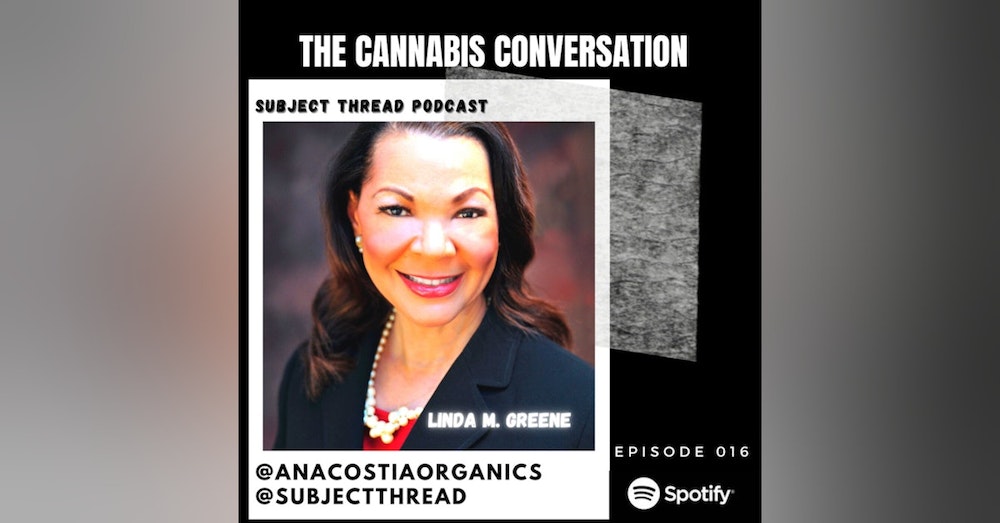 In the past years, the persona of cannabis is seen to have taken a massive leap. It has become more widely acceptable all across the globe especially amongst millennials for medicinal purposes in particular. Two-thirds of the American population now favors the legalization of cannabis.

Medicinal cannabis has proven to be highly beneficial to treat illnesses such as Epilepsy, Alzheimer’s, Cancer, and Muscle Spasms to name a few. Cannabinoids that are found in medicinal cannabis are what cater chemicals that induce movement, memory, and appetite in the human body.

Born and raised in Newport News, Virginia, Linda Greene is a bi-racial co-founder and CEO of minority women owned, Anacostia Organics, which is a medical cannabis dispensary. She is truly stirring up the medicinal cannabis world, a jack-of-all-trades and a force to be reckoned with.

Growing up, Linda faced a fair share of struggles and difficulties. Her immigrant father whose profession was involved with seafaring only visited twice a year and Virginia at the time was rather racist. However, she didn’t let her problems hinder her growth.

She grew up to be the first person of color to be the Student Mayor of Newport News and remained a prominent figure in her school life along with playing many instruments and joining school clubs and bands.

Her interest in politics is what compelled her to move to Washington DC in 1972. She served as a political adviser and a fundraising consultant to congress members however it was after she learned that DC had legalized medicinal marijuana that she decided to venture out in this business. She went to many different conventions and conferences to learn about this business. The fact that the industry lacked the presence of minorities and diversity urged her to start Anacostia Organics along with her co-founders Sherri Blount and Yolanda Caraway.

Whilst talking to Subject Thread Podcast, Linda talked about the medical cannabis industry and how with changing times, medical research, and awareness cannabis for treatment of many illnesses is becoming more acceptable.

Linda gave personal insight to her friendships particularly with her best friend Mary Wilson of the Supremes.

Linda even gave personal insight with people who want to get into business and shared details about what difficulties she faced when she decided to get into this industry. She told her listeners that the biggest problem people of color face are a lack of access to capital to start-up in the first place.

During the podcast, Linda also talked about her life in Washington DC and what entrepreneurship in the minority space is like, and the challenges that she faced in order to make her space in the medicinal cannabis industry as a minority woman.

Linda has now made a big name for herself in the medical cannabis industry. She is Chair of the DC Medical Cannabis Trade Association and the Strategic Advisor of the Cannabis Trade Federation (CTF).

Linda also hosts podcasts, “Cannabis Conversations Podcast with Linda Mercado Greene” which is the only government-funded cannabis broadcasting in DC. She travels all across the country to speak about the rapidly expanding medicinal cannabis industry in different summits and conventions.