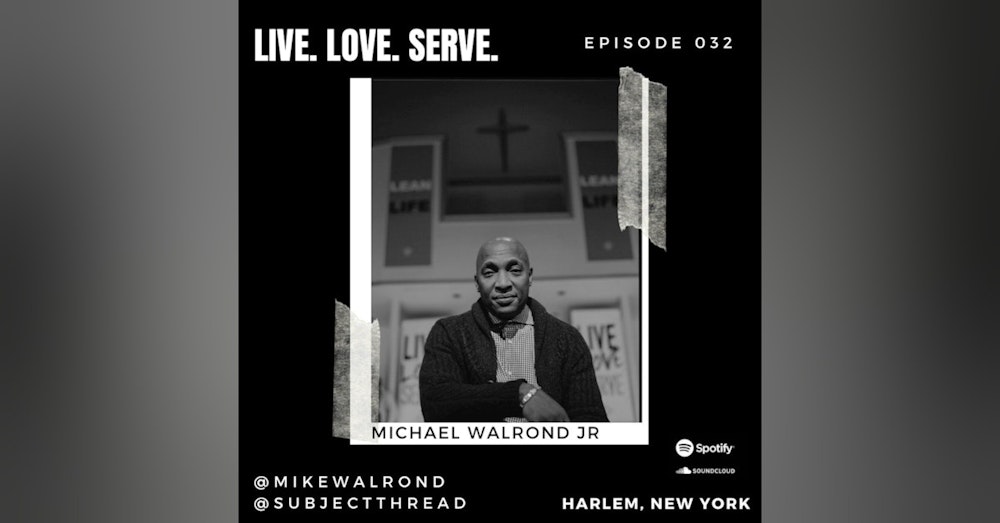 As we are preparing for a new year it’s always a time to reflect, it’s always a time to improve, and it’s always a time to do better that is normally everyone's sentiment universally. This year in particular has been a measure of growth and loss for so many people. Universal languages that many of us can relate to is Love no matter race, religion, or walk of life. To open the dialogue to a deeper understanding of spirituality, individuals of faith, and the deeper understanding of universal love. Subject Thread Podcast has started a series called Ko·ex·ist in which we have conversations of open dialogue with different faces of religion and or spirituality which led to the conversation of our first guest on this series an individual who represents universal love and preaches the importance of being human which led to Pastor Michael A. Walrond Jr.

Michael A. Walrond Jr. is the Senior Pastor of First Corinthian Baptist Church (FCBC) in Harlem, New York. Michael has many accolades and has been featured in the New York Times, Wallstreet Journal, and recognitions include induction into Morehouse College Martin Luther King, Jr. Board of Preachers as a “Distinguished Preacher but it just isn't the awards, media, misunderstandings, and recognitions Michael doesn't exude the traditional aspects of your normal weekly service he embodies a space of all that we strive to be in relation to being human and loving all from spaces in which we weren't always taught this is why we wanted to have a deeper understanding of the Morehouse man, husband, father of two, and the individual who is shaping a new era of the black church experience.

During our conversation we spoke candidly about taboo subjects, mental issues within the community, and the establishments of the Hope and Dream centers extension of FCBCNYC which offers mental health services in one division and entrepreneurship courses and resources in another division which isn't offered in faith-based environments, We spoke about Morehouse and what it did to the lenses of Michael, we spoke about 2021 and finally, we got a chance to find out who has been an inspiration to Michael musical Wise.