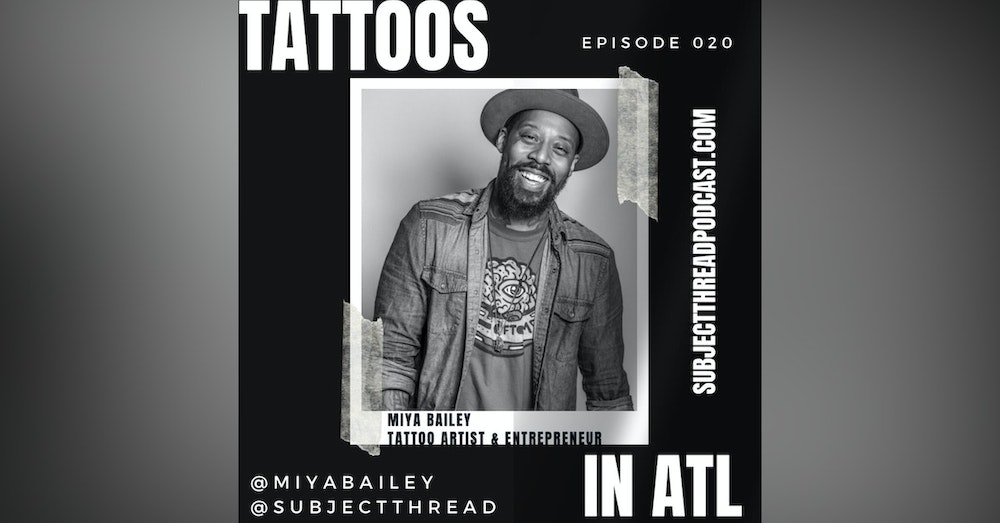 Co-Founder of City of Ink which now has three locations across Georgia alongside which was originally founded in 2006 with Tuki Carter and Corey Davis, Miya Bailey is known to be one of the most skilled and renowned tattoo artists in the world and one of the first people to specialize in color tattoos on people of color. But it doesn’t stop there; Miya has spread his wings across all things art.

Miya has been focused and encouraged to explore his artistic side ever since he was a child and soon discovered his love for fine art. His first experience with tattoos was in high school when he got an apprenticeship.

It wasn’t until he moved to Georgia from North Carolina for college that he considered becoming a professional tattoo artist. He has now been in the industry for almost three decades.

He even shared some insight about his fine art and how his work is contemporary and modern. He even shared what it’s been like working in the tattoo industry for so long and how dynamics have changed.

Miya is heavily involved in creating arts as well as being involved in the music and documentary world. He has been part of every Jack Honey Art, Beats, and Lyrics event to date.

Miya Bailey has also worked as an actor and producer. His most popular work is Color Outside the Lines (A Tattoo Documentary).

Miya Bailey continues to ink three to four people a week along with continuing to create art and is currently working on creating a community center in his neighborhood.