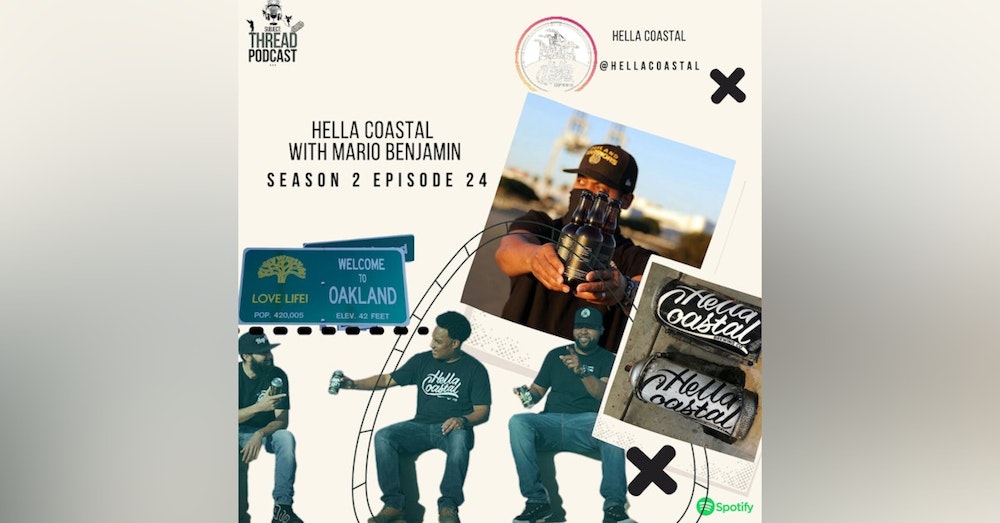 The culture of arts is still riding the music wave of the Too Short and E-40’s Verzuz which gave an individual who wasn’t familiar with Oakland a small but necessary glimpse of a city that has birthed the Black Panther Party and has influenced the art, music, and culture world in so many ways and for that, we thank you Oakland, but let’s just not stop at art let’s expand and bring beer beverages to the forefront.

Out of the over 8,000 breweries in the country, there are only about 86 Black-owned and operated breweries, those numbers are startling because a good quality beer beverage is something that African Americans and people of color enjoy on some of the best historical events such as a wedding, celebration or just a quiet day at home.

1 of those 86 black-owned breweries in Oakland is Hella Coastal's spawned by founders Mario Benjamin and Chaz Hubbard's Born and raised in Oakland, California and that’s what you get in Hella Coastals beverage, you taste and feel that from the art to the marketing the narrative of Oakland is transparent and in a good way.

During our conversation with Mario Benjamin 1 of 2 founders. We spoke in-depth about the culture of beer, Oakland’s history, collaborations with other breweries, the power of cross-promoting, and more.