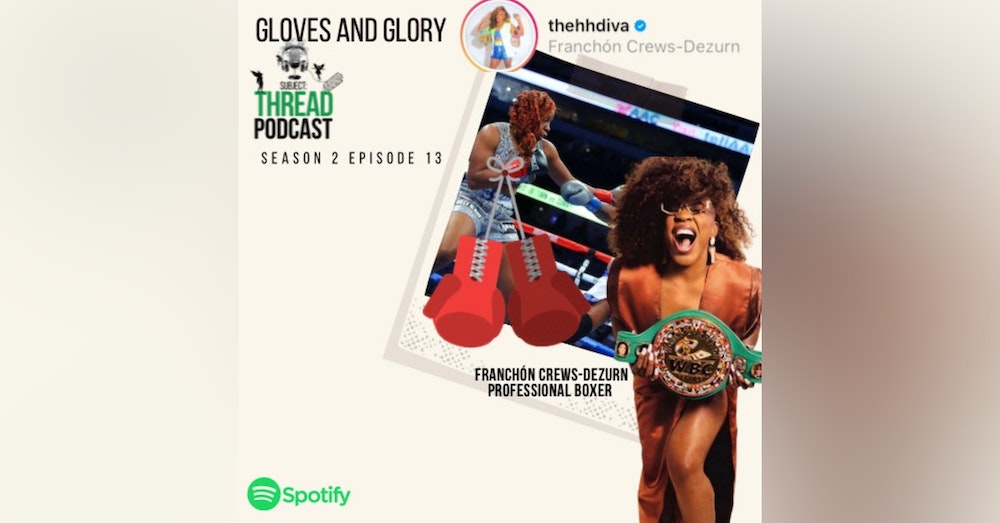 Franchón Rebecca Monich Crews made an appearance to the world in 1987 her name similar to a french dessert out of Paris, However, Franchón born and raised in Virginia and prides herself on her southern routes. As a youngster, Franchón knew she was special from her talents of music which morphed into boxing in which she made her career debut in 2016 against Claressa Shield, a two-time Olympic Champion and she currently holds the title of unified super middleweight world champion. Crews-Dezurn also goes by the name ‘The Heavy Hitting Diva’, stands at 5 feet 8 inches tall with an orthodox stance having a reach of 72 inches. Her records include:

Franchón currently resides in Baltimore, US with her husband Glenn Dezurn who is into Bantamweight boxing. She won her last match on Jan 2, 2021, by defeating Ashleigh Curry (7-1)

During our conversation with Franchón, we spoke about her upbringing in Virginia, holistic approaches to health, her love of music, boxing as a sport, and Laila Ali's impressive entrepreneur branding sense.