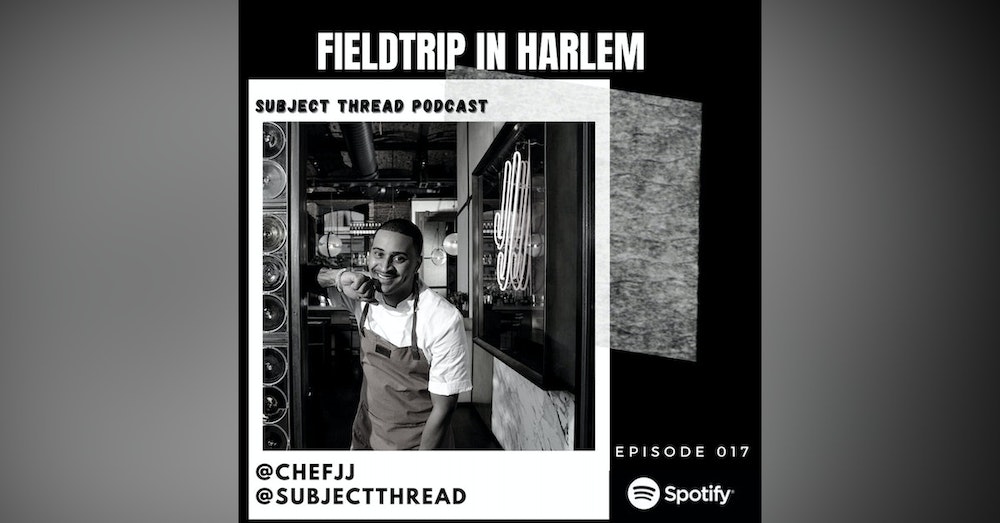 Harlem enriches a deeper conversation that is like no other. The renaissance of the melodies the infinite possibilities. So much history from the Marcus Garvey, James Baldwin, Duke Ellington, Cotton Club, Apollo, or a summer game at Rucker Park that echos Harlem, New York.

Harlem produces entrepreneurs, entertainers, poets, artists, and chefs. Harlem is the ultimate FieldTrip and that’s the experience that Chef JJ intends for you to have.

Chef JJ Johnson a sneaker-wearing sleeve tattoo Harlem persona mastered, He is a James Beard Award-winning chef he is the guy known for infusing elements within the taste of West Africa and Asia exposing it to the USA. He has been featured in the New York Times, Good Morning America, Esquire Magazine just to name a few.

Chef JJ is the guy responsible for food collaborations Such as his vegan ice cream collab with Eclipse Foods similar to a sneaker collab but it’s food and not many chefs have been able to pull that off.

Chef JJ Johnson also is an acclaimed author with his first book published in the spring of 2018 titled “ Between Harlem and Heaven" based on his experience of infusion of Afro-Asian-American cuisine and he has done that in real life with the restaurant Fieldtrip Harlem.

During his exclusive with Subject Thread Podcast Chef JJ spoke about his diverse Ethnic upbringing, his time in college with fellow foodie entrepreneur and owner of Atlanta based Sublime Donuts Kamal Grant, his second location at the U. S. Open, Shaun King appearing on his show Just Eats which comes on Saturday on The Cleo TV Network which is the sister network to TV One, He also spoke about what it means to be an entrepreneur in the food industry, philanthropist work and more.