A Peace Of Soul Vegan Kitchen With Folami Geter in Columbia, SC EP 031 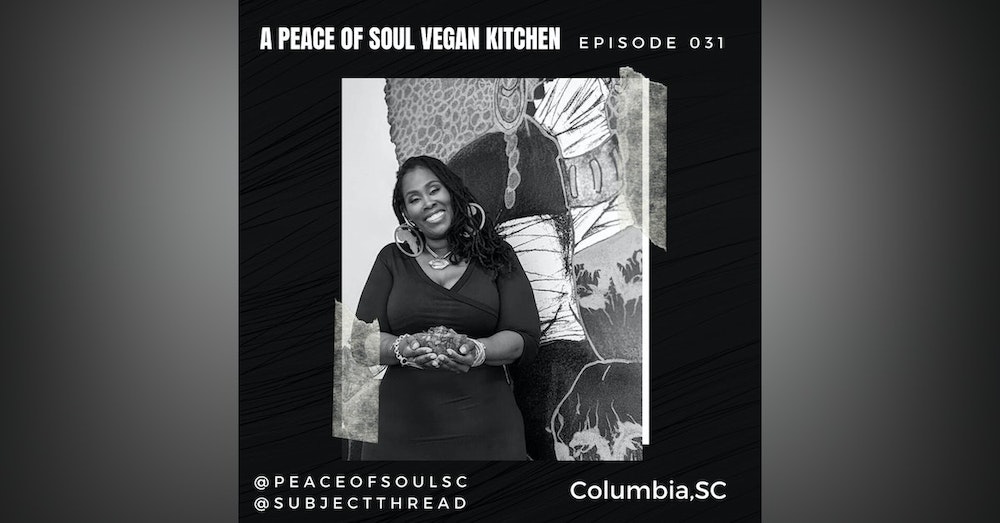 When we think about soul food origin we think about the southern states and soul food deriving during slavery in the Deep South: South Carolina, North Carolina, Alabama, Mississippi, and Georgia, are traditional taught navigation skips are ancestorial plant-based roots and not by fault by, traditional landscapes that were passed down to many of us.

Plant-based food cuisine historically can be found throughout the Caribbean, Africa, and Latin countries which foods were a combination of plantains, greens, rice, nuts, exotic fruits, and berries major staples still present in the current culture.

The concept of vegan soul food was very slim in the deep south until lately, throughout the southeast so many options have showcased particularly you can find and satisfy soul food urges in many spaces such as Columbia, South Carolina a place which houses A Peace of Soul Vegan Kitchen which derived from a family-owned business Lambs Bread which was established in 2005 reborn, renovated and showcased in 2018 by Folami Geter founder and curator who crowned A Peace Of Soul Vegan Kitchen.

A Peace of Soul Vegan gives you that old-style flare with amazing spins on all your traditional soul food plates from Mac and Cheese, Collards, Plantains, and the famous Fried Chichen sandwich.

During the conversation with Subject Thread Podcast Folami opened up about growing up vegetarian and the transition to veganism, future expansion ideas, South Carolina roots, Sea Moss, food truck pros and cons, the importance of great customer service, and entrepreneurship.